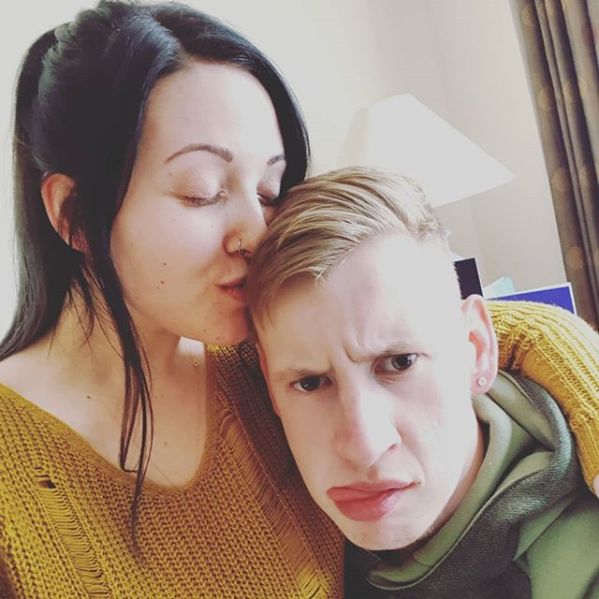 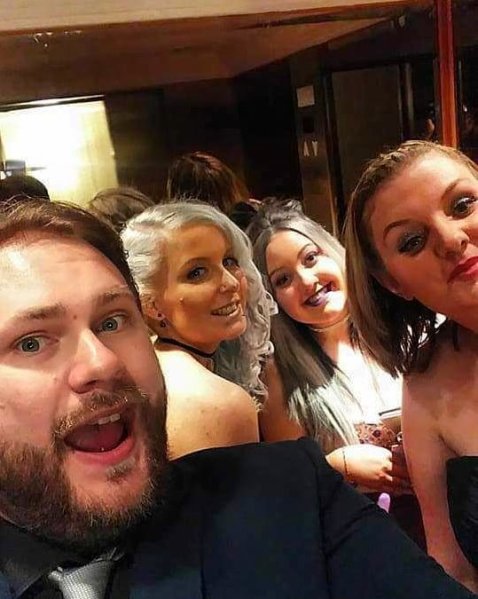 World Ostomy Day is a day of each year that is dedicated to Ostomates worldwide to help raise awareness about ostomies i.e Urostomies, Colostomies and Ileostomies. Also know as a stoma, the word Stoma is a Greek word meaning ‘mouth’ or ‘opening’ and it is estimated that over 13,500 people undergo Stoma surgery each year!

It is a very important day to those with a Stoma because it is a great way of not only raising awareness but to share their journey on how they got a Stoma and life with an Ostomy. But what i really want to emphasise about Ostomie’s is the illnesses that may opportune someone to become an Ostomate. So what illnesses or factors may result in a person having a life changing operation for an Ostomy? Here are a number of them; Colorectal Cancer, Bladder Cancer, Ulcerative Colitis, Crohn’s Disease, Bowel Cancer, Chronic Constipation, Ehler Danlos Syndrome, Familial Adenomatous Polyposis, Bowel Obstruction, Diverticulitis, Fecal incontinence, imperforated anus or other birth defects and other factors such as infection, injury and polyps.

As an Ostomate, it’s important to me to raise awareness but also to support others who have a Ostomy or people who are waiting to receive one. I am also lucky that i met my partner through having Crohn’s Disease and Ulcerative Colitis as he also suffers from Crohn’s Disease. Not only did I meet him but I also have made life long friends who i consider as family and have made my life awesome!

There are charities who support Ostomates such as A Bear Named Buttony who makes bears with a button as stoma to help children and adults after surgery (who gave me a bear after my surgery in 2015!), The Purple Wings Charity, Get Your Belly Out (also known as GYBO), The Purple Wings Charity, Crohns and Colitis UK and The Colostomy and Ileostomy Association. There is also a research charity called Cure Crohn’s Colitis who raise money purely into researching for a cure for IBD.

So how did i become and Ostomate? A long and painful journey cut short, i started suffering from bowel issues when i was 13 and after 4 years of going back and forth to the doctors with extreme pain, constant infections, vomiting, weight loss, numerous toilet trips a day, severe constipation, bleeding, rectal pain and tears, blood tests and rectal examinations and scopes, i was finally referred to have a Colonoscopy. I was diagnosed with Crohn’s Disease and Ulcerative colitis during the Colonscopy in August 2012 and this was then 100% confirmed when biopsy results returned from the laboratory. I was given a steroid course to start on the day of the Colonoscopy but unfortunately the disease was already too severe and i was admitted into hospital for the very first time. I was given IV steroids and started on treatments for IBD called Pentasa Granules and Azothioprine however i took an allergic reaction to both so i was then given Asacol. During that stay i was also diagnosed with a large bowel blockage after an X-Ray showed this, so i was given laxatives and during a flare you can imagine how much i was going to the toilet and the pain was immense and crippling. For years i tried numerous medications such as Methotrexate, Infliximab, Mecaptipurine, Oral Steroids, Suppositories, Humira and then other medicines to counter act the side affects such as antibiotics, nutritional drinks and supplements, iron supplements, vitamin supplements, dehydration sachets, Solidifying Agents for Excessive Diarrhoea, Anti Sickness, Pain relief, Menstrual Cycle issues and Heart and Migraine problems. At age 20 i was in hospital (2015) and had contracted a bacteria called Campylobacter whilst in a severe flare, both leading to completely rotting my large bowl which then led to me to develop Sepsis (blood poisoning.) I was rushed into emergency surgery within 2 days and was given an Ileostomy. A few months later (September 2015) i was rushed into theatre again after getting sepsis for the second time due to the Disease rotting my rectal stump. Two weeks after that surgery i was rushed into hospital with a severe infection in the wound where my rectal stump were and was put onto IV Antibiotics and took a reaction to them and almost died, that reaction was more horrific than having sepsis and surgery. All this combined lead me to be diagnosed with Anxiety, Depression, OCD and PTSD. I have also since then been diagnosed with Behcets Disease (a rare form of Vasculitis), a rare form of Crohn’s Disease, Sciatica, Fibromyalgia, Pernicious Anemia, Hyper Mobility Syndrome, Arthritis, Asthma and Nerve Damage, an Incisional Hernia, Adhesions, Chronic Sinusitis and a twist and narrowing in my Small Bowel.

Life now is still very hard as i suffer with these multiple illnesses with no cure and no medication i am able to take for pain from bowel complications. I’m waiting to have 4 wisdom teeth and my Tonsils removed due to having recurrent Tonsillitis. I love having my stoma and not having to sit on the toilet 70 times a day is great however the problems i have now sometimes seem just as bad as before i had surgery. I experience pain every single day, most tablets i cannot absorb so i take ones that melt and i am under investigation for other issues in my small bowel which is suspected as Small Bowel Crohn’s. I also get b12 injections every 3 months. I am waiting to see a dietitian for my weight loss as i currently weight 48kg. If the tests show Small Bowel Crohn’s Disease then i finally qualify for the last treatment i haven’t tried called Stelera.

So many people suffer from debilitating diseases and many do manage a much better if not normal quality of life after stoma surgery, however many donot. Many people who are chronically ill also suffer from family and friends being un-compassionate and don’t understand their condition therefore become ignorant and sometimes rude or nasty. I asked people about this and 90% said that their partner was very understanding of their condition(s) and with family 100% of people said their family members were not understanding. By raising awareness the aim is to help people gain knowledge of conditions in hope that they are able to support those who suffer. However we also have to remember that many donot want to gain knowledge and understand and would rather concentrate on their own life as illness doesn’t affect them then they think in the sense of why should they care? My own most recent experience is with a family member who got married and i had posted pictures of us together in her wedding dress and i was messaged about it that i should have known not to do that following a post a bridesmaid had posted on facebook, who i didn’t know, didn’t have as a friend and due to the fact that i was bed ridden for months from Chronic Sinusitis and not knowing that i was pregnant at the time. After explaining as to why i didn’t see this post the response i got was “it’s not all about you Alannah” which led me to tears. I couldn’t understand how explaining why i had no idea somehow made it all about me, and i still don’t. It still upsets me to this day that family could be so unsympathetic towards me and the illnesses that i suffer from. The reality is that no matter who we think highly of or love or care about, that some people just cannot sympathise or understand what we go through. So many people who suffer from illness loose friends who for example have been their friend since childhood.

I am so grateful for my illnesses giving me life long friends and an amazing partner! It has also given me great opportunities to take part in raising awareness for illnesses and it gave me the inspiration to start my blog and my instagram page and facebook page. Illness has taken so much from me including 4 babies and at times my own self but has given me purpose to help others who suffer and courage to be brave and fight, not many people can say they have been on their death bed 6 times and still live to tell the experience!

My message to those who are struggling, please give it time. Some days it feels like you don’t want to wait but it truly is worth it for some better days.

Happy World Ostomy Day and have fun in raising awareness!

PGP pains 😢
My dad came to visit yesterday with a lovely baby gift and then asked to take my picture! Usually I dont mind but when I am unprepared I get very nervous of having my picture taken🤣
Nothing like fresh air 🥰
Loading Comments...
%d bloggers like this: