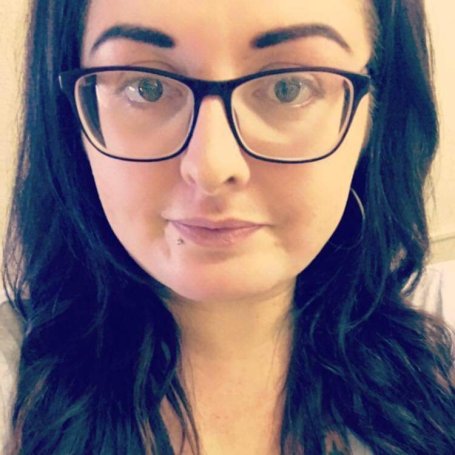 Amy (31) pictured above, shares her story of her incredible journey, suffering from multiple issues along side IBD (Inflammatory Bowel Disease.)

My Mum and I were fobbed off by my GP at my local hospital for years until I couldn’t get out of bed or walk. One day an out of hours GP came to my house, looked at me and said to my mum “get her to hospital now” so off I went in an ambulance, I had just turned 14. The hospital I went to had no idea what was wrong with me! After a week there on pethidine, a very strong pain killer (which as a 14 year old kid sent me off into space for hours!) I was transferred in the middle of the night to a specialist children’s hospital. In two days they knew exactly what was wrong with me and I was diagnosed with Ulcerative Colitis by the specialists who worked there. My consultant who was a specialist in Crohns Disease and Ulcerative Colitis (also known as a gastroenterologist) said it was the worst case he’d seen in 28 years! I was in hospital for 6 months on an isolation ward and the drugs were making me worse, so eventually I got an ileostomy formed. Oh my god it was instant relief like a weight had been lifted off me!! For the first time in years I felt well! A year later I went back for my reversal and it was an absolute disaster. I was in surgery for nearly 16 hours and ended up in intensive care, I have only one memory after that surgery and it was me complaining that my left leg felt hot but I was told that I had an epidural so it was impossible to be able to feel my legs. I continued to complain about my discomfort and I was ignored. I don’t remember anything after that apart from being told that 3 hours later I was having more surgery to possibly amputate my leg due to compartment syndrome. That operation took 15 hours and I nearly died a number of times due to 31 hours of anaesthetic with only 3 hours in between. They told me my left leg had swollen 3 times than it’s normal size and they had to put me in a medical coma whilst they left my leg wounds open, as the pressure was so severe they couldn’t close it. After many operations (I can’t rememeber the exact amount of surgeries as I was still in the coma.) I was woken up and obviously very confused! I couldn’t really speak properly because of the ventilator and I was only 15 and obviously very scared! I ended up loosing 75% of the muscle in my left leg and my tendon was put into a splint in half so I could only move my ankle a little. My Ileostomy reversal failed as I couldn’t put any weight on my leg for 3 months, so I was completely bed bound. I then had to have several more operations to remove adhesions (scar tissue) and 6 months later I had my stoma back permanently and starting to learn to walk on my leg again, which they had fused my ankle at 90 degrees so I could try to walk. They told me in the beginning that I would never be able to walk again. I was determined that I would walk again and I did. After intense physio (which was one of the hardest things I’ve ever had to do) 8 months later I was walking a little with a frame and using a wheelchair but within that year, I got rid of the wheelchair and was using 2 crutches with a leg splint that fitted into my shoe and completely defied those odds! Honestly it was the most painful thing I’ve had to do, being young and motivated I just wanted to be as mobile as I could. Now 15 years later I’ve had a total of 43 operations on my tummy and leg! I’ve had all my toes pinned and I walk unaided (I do have a stick but I’m not a fan of using it!) Unfortunately when I was 21 I was diagnosed with Crohns Disease due to bleeding heavily into my Ileostomy bag. The medications used for IBD I have either been allergic to or they make me worse off with the side affects so I’ve struggled with constant flaring. Due to the active disease and medications failing, I’ve had many fistulas over the years and lots of abscesses which were awful. I’ve also had to have a paristomal hernia (which is a weakening of the abdominal muscles) repair too which was my 10th laparotomy and has left me with chronic pain. I also have a horrible pressure pain inside my pelvis area which is still currently undiagnosed BUT despite all of that awful shit I’m now 31 and I have an amazing group of family and friends! I work 3 days a week in a drug and alcohol treatment centre which I love. My life is full of pain and frustration but also joy and laughter and anyone who knows me knows I don’t do sympathy or fuss because after all that I’m still alive and don’t want special treatment!

“Thanks for reading – Amy”