My name is Abbie Louise Crystal, I’m 26 and I live in South Wales. I’m a model influencer and blogger. I live at home with my mum and dad and we have a beautiful little blue staffy called Nico, he is 5 almost 6 and I wouldn’t be without him! He’s been there through thick and thin with me and is my little baby! It’s mad how something so special can change your life for the better. I studied at the University of Cambridge for professional dance and my favourite food is Chinese. Dancing is my passion especially choreographing, I also love to chill out by having a pamper with face masks, tanning and skin care. My hobbies are mainly reading ,running and working out when I’m well enough to! Here is my journey with Inflammatory Bowel disease;

I was diagnosed Crohns Disease and Ulcerative Colitis two years ago, I also have Depression and Anxiety, Vitamin b12 Deficiency and bouts of really low blood pressure which is making me faint often. Being a dancer, I was active multiple times a day and so that’s when I knew something was wrong with me because my body started lacking energy and although I would eat, I still would pass out! My dance teacher was terrified along with the dance girls in my team. In 2019, I was training for the world championships in Blackpool when I started experiencing stabbing pains in the bottom half of my stomach and my back. I thought it was just a stomach bug and so I told my mum not to worry and continued doing my dancing and carried on as normal as I could. It wasn’t causing me any problems until I ate and that’s when it would get really bad for me. I couldn’t hold anything in, it was just going right through me and when I went to the loo, I was bleeding a lot from my back passage. This is when I started to worry especially one night when it started to get worse, so I got rushed in to hospital. Little did I know it was really serious and I was about to enter the most terrifying months of my life.. Months went on where they did so many tests including cameras to look inside me ( Endscocopy, Colonoscopy and Laparoscopy) I had so many biopsies that I wasn’t able to get out of bed for over four weeks at a time. It came August 2019 and I was admitted to hospital for the first time to have an emergency camera and that’s when they found out that my colon was so inflamed and had lesions the size of a 50p coin! My bowel was also covered in thousands of little ulcers. It was a week later that I was diagnosed with Ulcerative Colitis after the result came back. I thought all was well and took the medications I was prescribed and got on with it! Something started to feel not right again and then found out that I wasn’t quite out of the woods just yet. 2020 was just around the corner and I started getting weaker and weaker, the weight started to come off rapidly and quickly and a lot of my family and friends were noticing. My parents got so worried as I was hardly keeping anything down and I was passing out all the time so I rang my doctor. They came did some more tests to see what was going on and to figure out what was causing the bleeding and decided to start me on steroid enemas 6 times a day to control my bleeding and 11 oral steroids to control the inflammation in my bowel.

I then got admitted again (the 7th time in a couple of months) to have another emergency camera where more biopsy’s were taken which involved more cutting, more prodding and more emergency incisions. This is when they found Crohns Disease on the left upper side of my colon and so now I was dealing with not one but two forms of Inflammatory Bowel Disease. Hospital was my second home for a long time and still is from time to time when I am unable to keep things stable at home. I cannot thank my doctors enough for being there at my time of need especially through the covid restrictions due to the pandemic that we were all in! To this day, I experience many many flares and different injections, medications and enemas every single day of my life but that’s part of my life now and I’ve learnt to accept it is part of me! Illnesses do not define you as a person, they only make you stronger. I am constantly in pain 24/7 and it can be draining. This disease has affected my social life in a big way because I can’t eat out without needing to go to the loo. My family have been so supportive with the whole diagnosis and I’m so lucky to not had major surgeries just yet but I do know that it is part of my future. It has also knocked my confidence and my ability to deal with being Chronically Ill and has also been hard adapting to a new life as before, I was such an active girl and it’s so hard for me not to do what I’m used to like my fitness and dancing. The most annoying part for me at the moment is that I can’t lead a normal life like I used to, due to being ill with no energy and not going out of the house due to the affect it has had. I now lack the ability to socialise with people at events and have found that people attitudes are sometimes not the best as they don’t really know about the illness and what it entails.

The positives that I have found out of having Crohns Disease and Ulcerative Colitis is how it’s learnt me how to love myself again, to look after my self and do self care. I am also overwhelmed by the support I have had on this journey and my biggest lesson I have learnt is to not abuse your body and to look after it! You never know what’s around the corner. I’ve now started my new injections called adalimumab and have only been on them for a month, the side effects are mental but hoping it will keep me in remission longer than I have been previously!

Thankyou so much for reading my story and continuing to support me. Please always check the signs of bad tummy’s and bleeding as it could be something really serious, if left and it’s not tested and treated it can be fatal. You can follow Abbie’s journey through her instagram here. 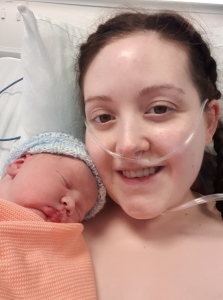 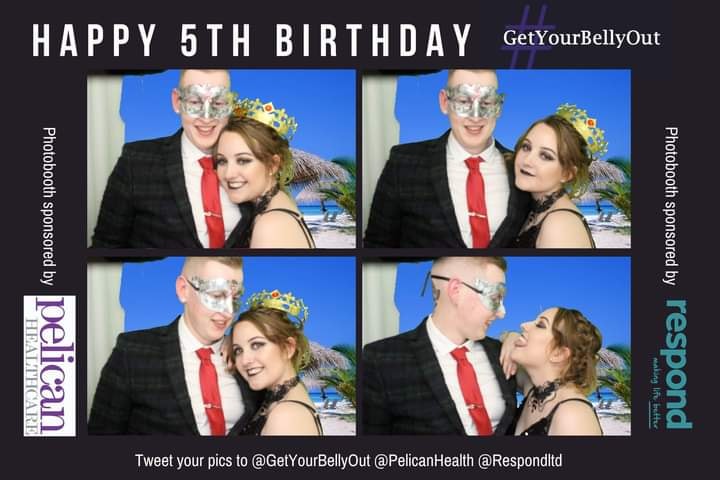